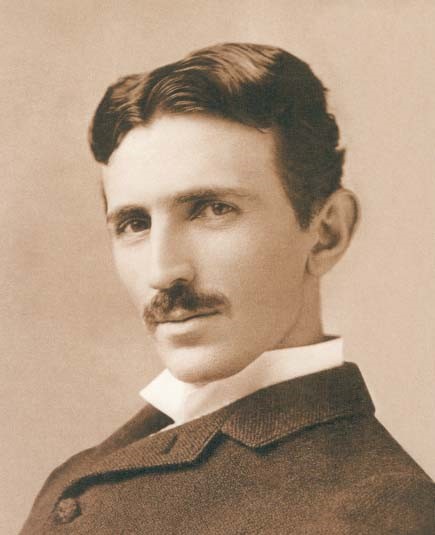 For anyone who didn’t know (I’ll be honest, I didn’t until today), July 10th, Nikola Tesla’s birthday, has also been hailed as Nikola Tesla day…. An important holiday for the science geeks of the world!  Anyone would be silly not to want to honor the man whose brilliant mind introduced many new concepts in to the world that are just as important now as they were over 100 years ago.

The Tesla Memorial Society of New York (www.teslasociety.com) would like Tesla day to be an international day celebrated by people all over the world.

They state that “This day will be a day of remembrance for Tesla’s work and for his contribution to humanity.  This day will be important for science, peace, progress and brotherhood among nations and religions around the world.”

Clearly, Tesla’s achievements stretched well beyond the world of science.

Don’t look at this as another boring history lesson (we all sat through plenty of those in school), but rather, look at this as a day to unleash your inner geek and reflect on everything that this man contributed to the modern world as we have come to know it.

Here is a list of a few of Tesla’s greatest achievements. I won’t go in to much detail about each of these, because there are plenty of sources out there that will, so I’ll leave that to them.  J

I hope that you take some time not only today, but every day, to honor the brilliant mind of Nikola Tesla.  It seems as though he had his share of quirks just like the rest of us, but his genius is unmistakable.  We would not be able to enjoy many of the modern technologies that we do if it wasn’t for Tesla’s contributions to science and the modern world.  Hope you have enjoyed reading this. J

“The scientists of today think deeply instead of clearly. One must be sane to think clearly, but one can think deeply and be quite insane.”
~Nikola Tesla~
(www,brainyquotes.com)