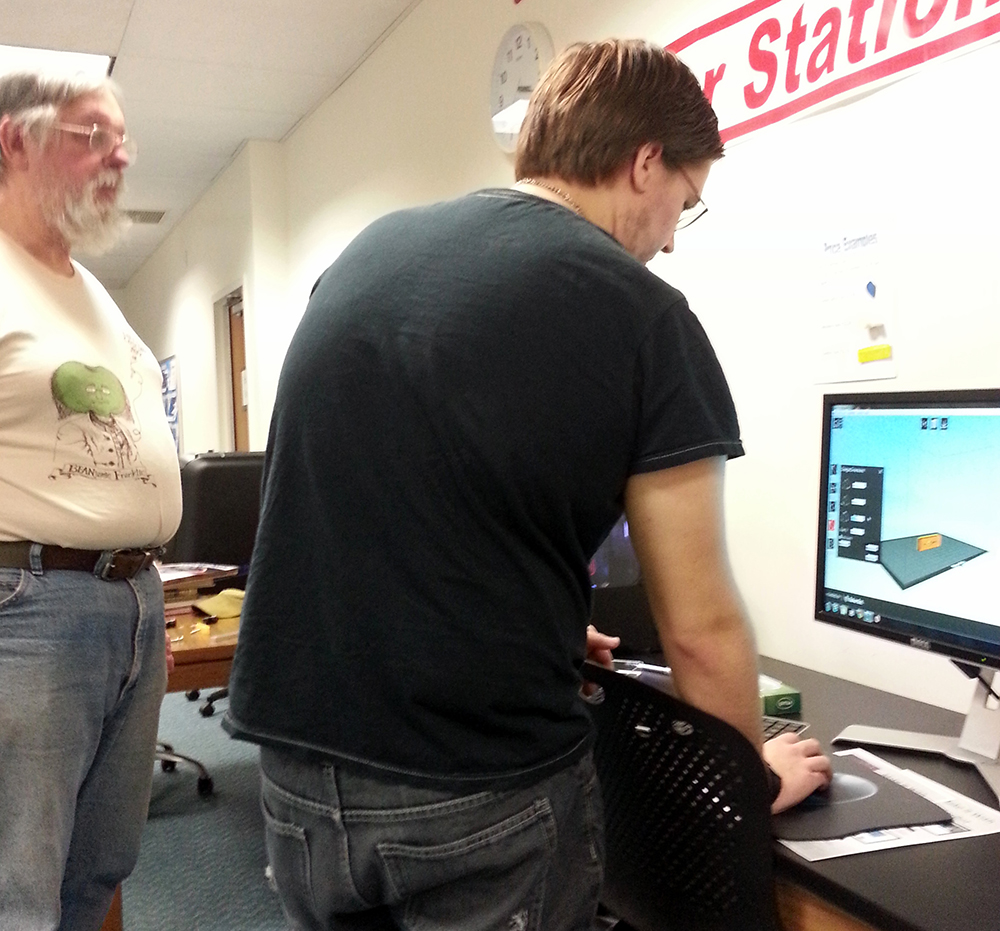 The MakerBot Replicator 2X is an amazing device. It can print any 3D rendered model from a variety of software. One of our goals with the 3D Printer was to find ways for the public to utilize it in a practical application. Sure, printing Minecraft characters and the T.A.R.D.I.S. is cool, and makes any desk look awesome but, what else can we do with it? 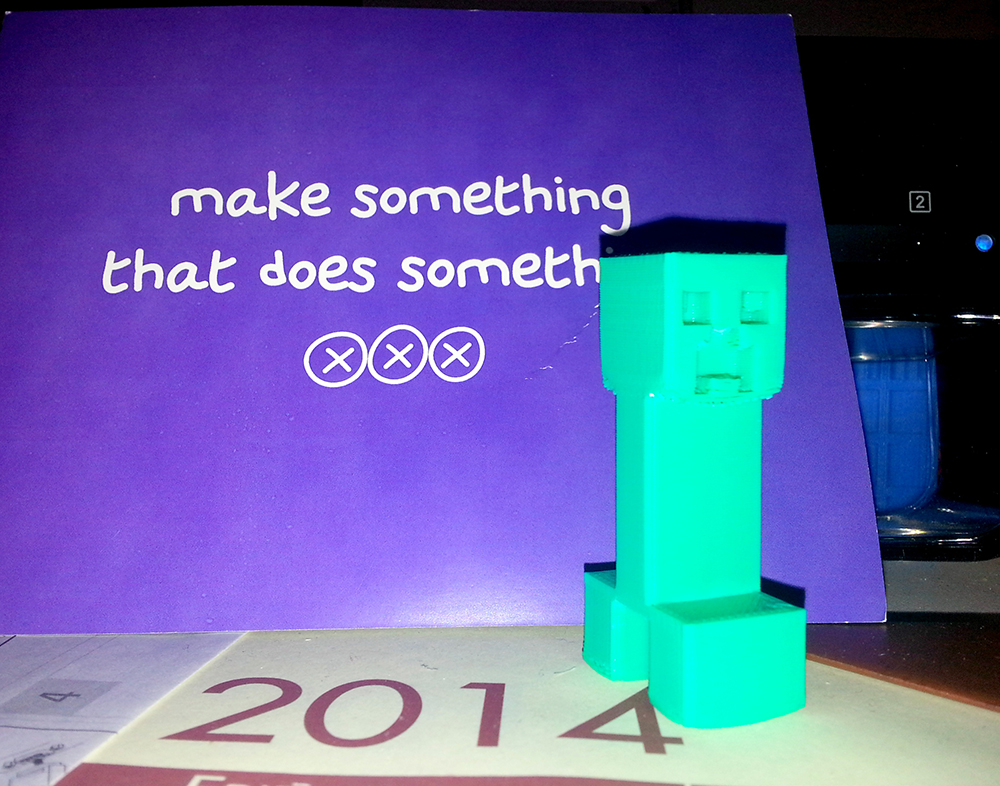 This week we found one.

Our first official build with a library patron was a shining success. Bernard Sypniewski attended the Make It With MakerBot class we had in January and was inspired to see what he could do? He had recently bought a Bench Dog Feather-Loc Double Featherboard. 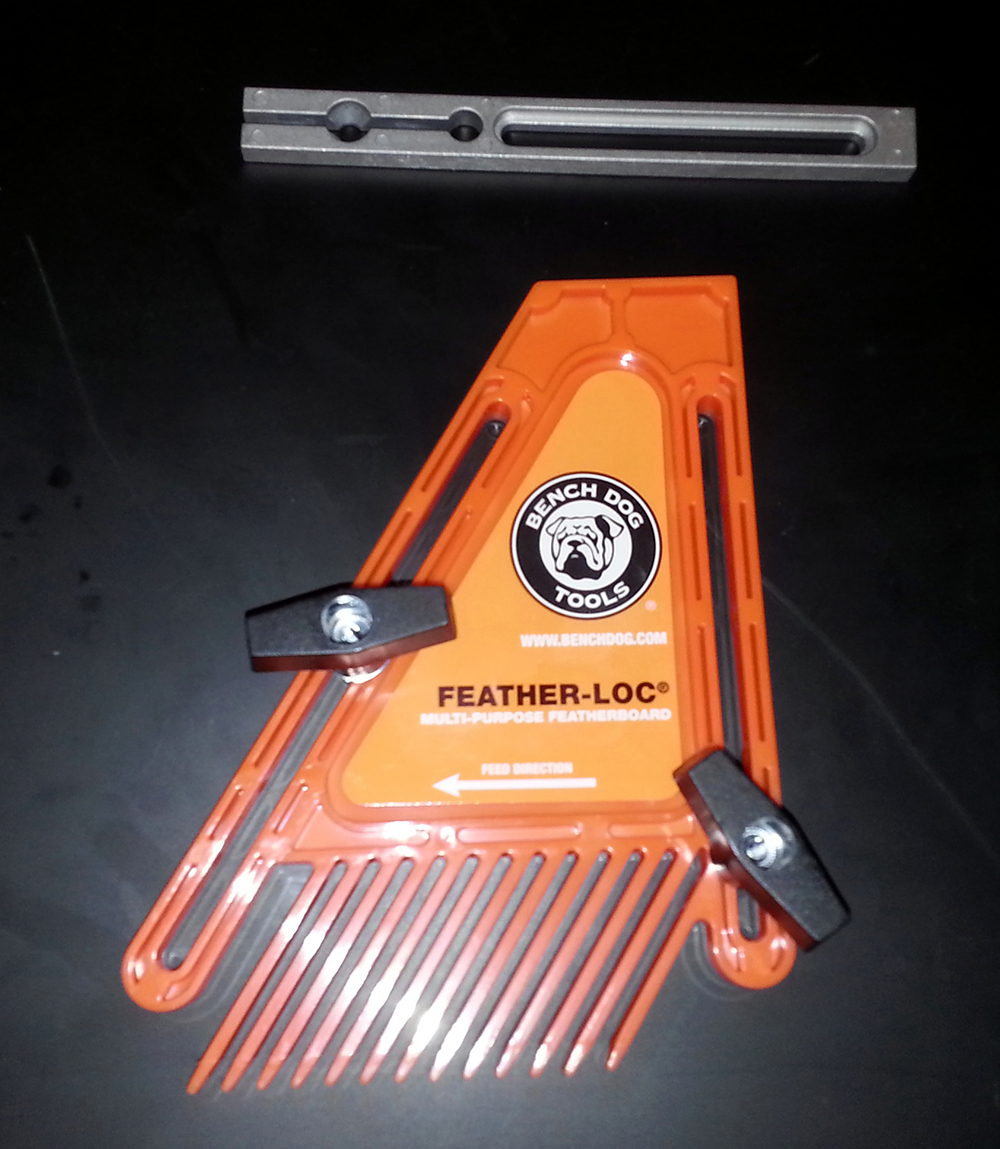 A featherboard is for holding the stock against the guide fence on table saws & router tables. Bernard's needed to make a new mitre slot adapter to mount it properly. So he came in and discussed the plans with James and they started working on a solution.

They started by trying to make a 3D scan of his current piece, which was slightly wider than the slot on his table saw. In theory we could resize it in Blender and print a new one. The Digitizer is not a perfect tool as we were to find out. 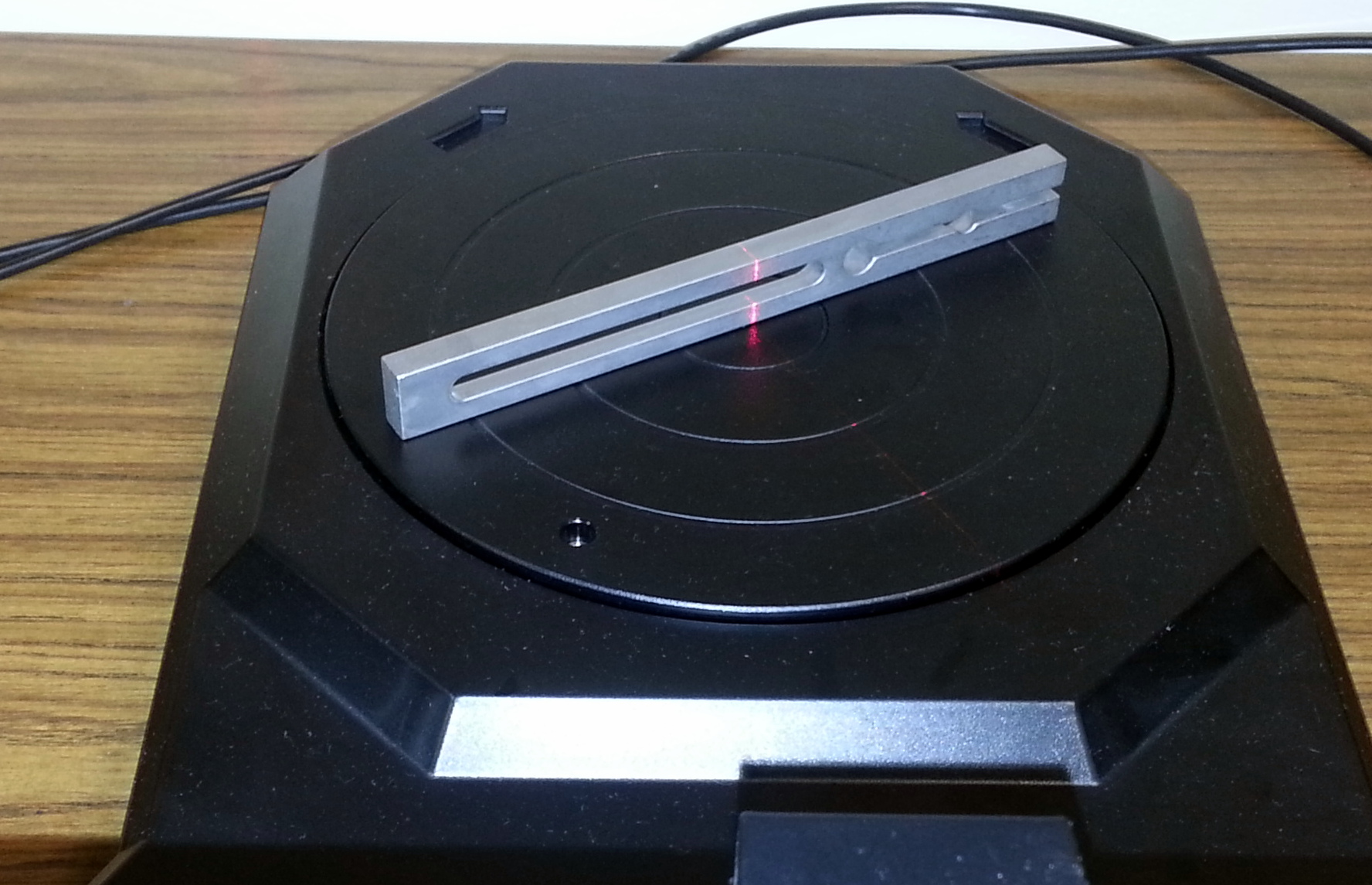 The Digitizer scanner wasn't cooperating and our multiple scans were incomplete. They couldn't get enough data to replicate a new piece. Daniel jumped in with an idea to check the online community for discovering, making, and sharing 3D printable things, Thingiverse. 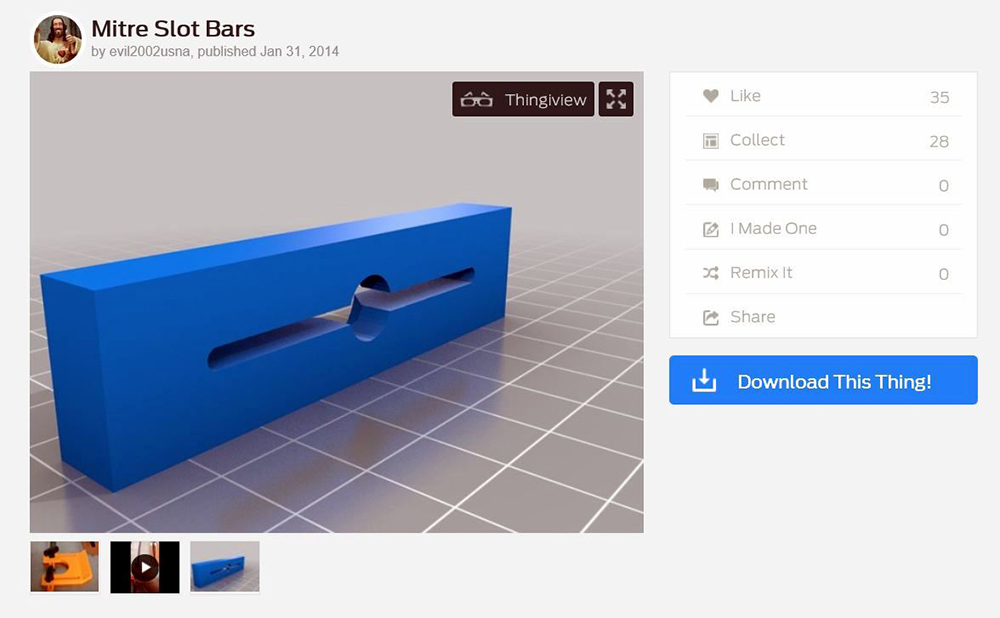 Lo and behold, there was already Mitre Slot Bars. So we downloaded them into Blender and adjusted them to the proper width. 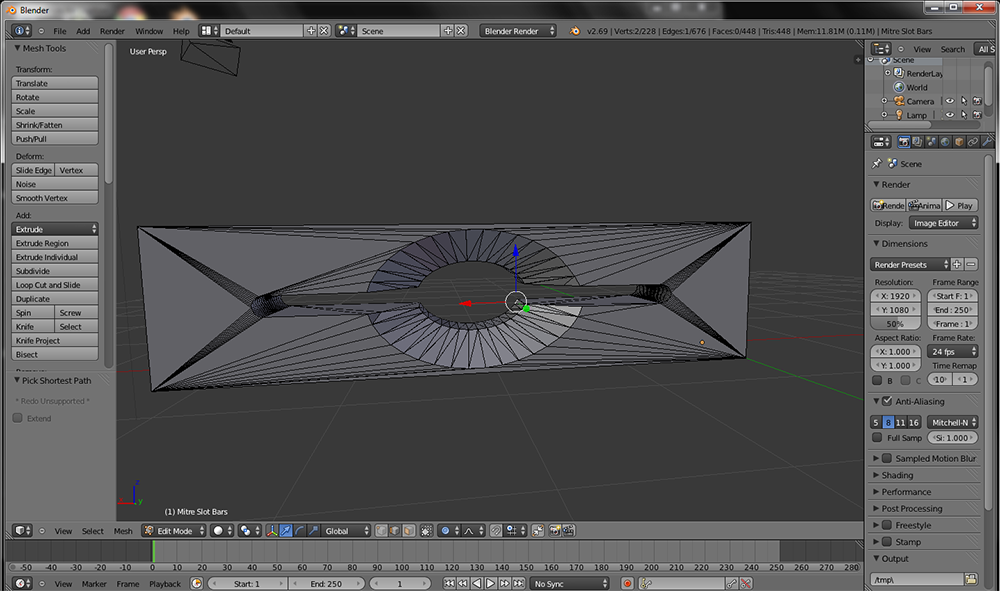 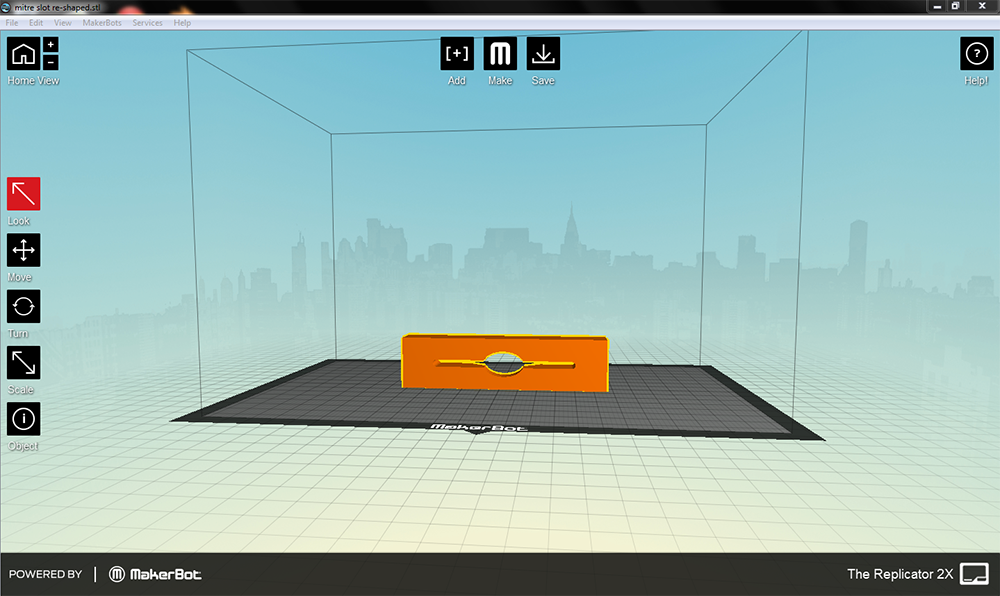 We printed them out and tested them on the featherboard. Everything looked good from our end except a bit of bulging when they were screwed on tight. Bernard decided to take them home to give them a try. 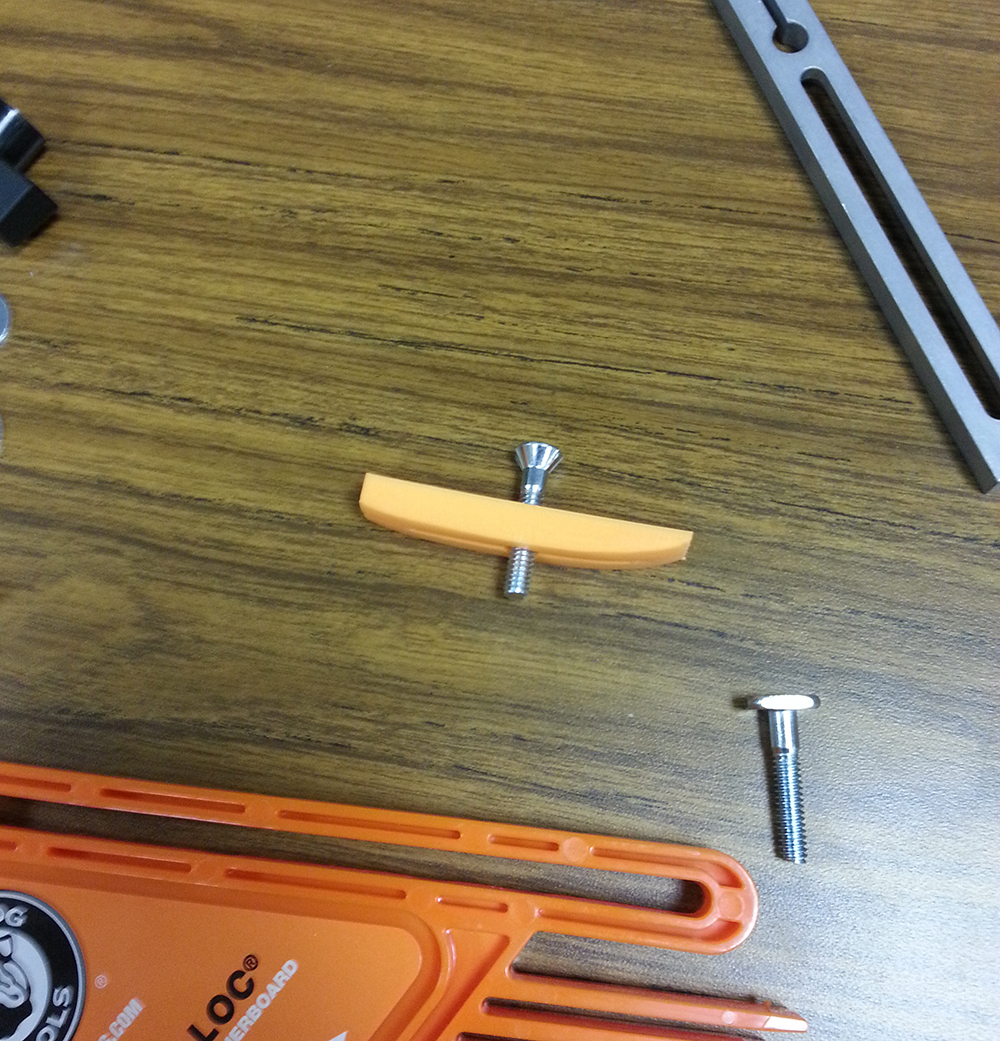 On Thursday we received the following email.

I "installed" the featherboard on my table saw this morning and I'd like to report a few things. First, it fit like it was made for the saw. Second, if you recall, we noticed that if the knobs were tightened, the sides of the pieces would bulge a bit. We (certainly I) worried that this might pose a problem. Rather than a problem, this bulging is, what in the computer industry, is sometimes called an "undocumented feature". The bulging locked the pieces into place so the featherboard doesn't move. This is a good thing.

I have not tried to run some wood through the saw as of yet. I'm still setting it up. I tend to be slow about things. I think it's genetic. One of my relatives was asked to make ice cubes and it turned into an ice age. Anyway, if you wish, I'll keep you posted as the saga continues. I'll also dream up some other projects.

Congratulations Mr. Sypniewski. We look forward to seeing what challenges you bring us next.