History Beyond the Pages: Political Cartoons

on Thursday, 05 November 2015. Posted in History Beyond the Pages, TLC Blog

Welcome to the first post of our newest blog series: History Beyond the Pages.  Before we begin I would like to give you an introduction to our newspaper digitization project at the Cape May County Library System.  Cape May County has a rich history that has been thoroughly documented through the various township newspapers since the late 1800s.  As a preservation effort for aging newspapers many years ago the collection was put on to microfilm and until recently the only way to access these newspapers at the CMCL was through a microfilm machine.

In 2014 we began a digitization project to take our local newspapers on microfilm and make them available online for free.  Newspapers published prior to 1923 are no longer until author copyright and we began digitizing those.  We later obtained permission from some of the local newspaper publishers to include editions from 1924 to current.  We run this effort primarily on a volunteer basis.

With this project not only would our patrons be able to view the newspapers, they would be keyword searchable to assist with finding the desired information, persons, and dates more quickly.  We also discovered that through our scanning of the microfilm that there is a great deal of interesting history that occurred in Cape May County that we could highlight in our blog.  This series is designed to bring to light some of the lesser-known or long forgotten stories in Cape May County.

If you would like more information including the newspapers, volunteering, or general questions about our digitization project, please contact Kara Brehm at the Technology Learning Center at the Cape May Court House Library.  Check out what we currently have digitized at http://vdls.cmclibrary.org.

Thanks for reading, and I hope you enjoy History Beyond the Pages!

With Election Day come and gone, it seems appropriate to launch this “History Beyond the Pages” blog series with commentary on political cartoons. Working on the archival project at the Cape May County Library, I’ve come across many in our microfilm collection. Some were rather tame. Some were genius. And, honestly, some were downright odd. However, let me give a general overview of the art form and their connection with the United States, before delving into a few of my favorites from the library’s archives.

Although the art developed within England in the eighteenth century, such as through social caricaturist William Hogarth, the practice has been used since the start of our country. One infamous political cartoon is Benjamin Franklin’s “Join, or Die” caricature, published in the Pennsylvania Gazette in 1754, which is a recognizable part of our country’s early history. 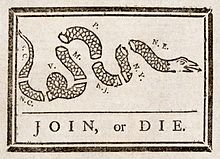 Benjamin Franklin’s “Join, or Die” caricature, which took on

many different meanings throughout the lead up to the American Revolution.

During the Civil War, political cartoons saw their height. Artists, such as Thomas Nast, known as “The Father of the American Cartoon,” refined the art form into what we know of it today. Nast, for example, is responsible for the creation of Uncle Sam, the Republican elephant, and the Democrat’s donkey. 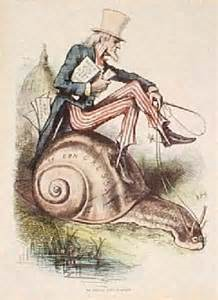 Uncle Sam depicted in a cartoon by Thomas Nast.

Political cartoons continue to thrive within American culture, but its heyday is long past. Today, publishers decide whether or not keeping controversial voices conflict with their business agendas. Therefore, we often see more “tame” art within the mainstream media. 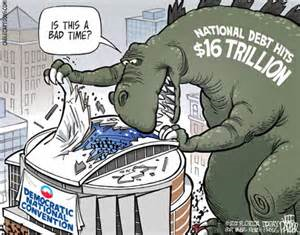 Modern example of the political cartoon. 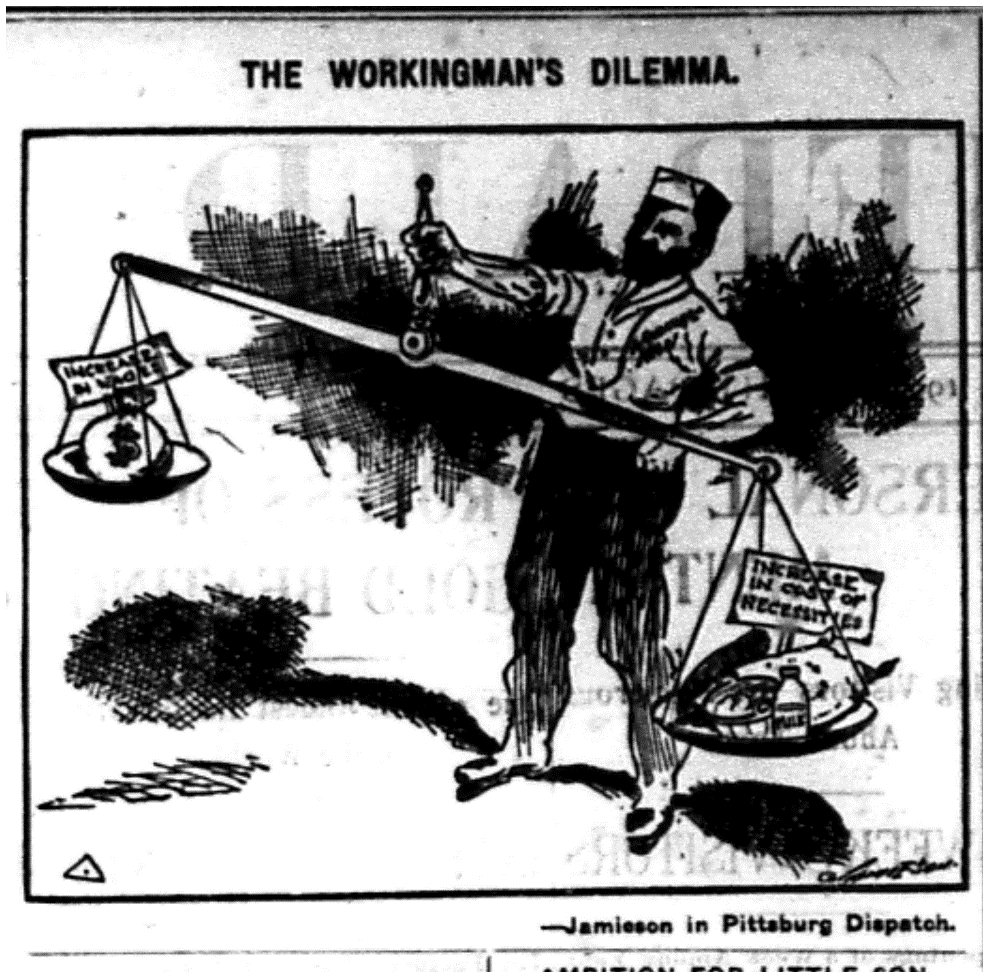 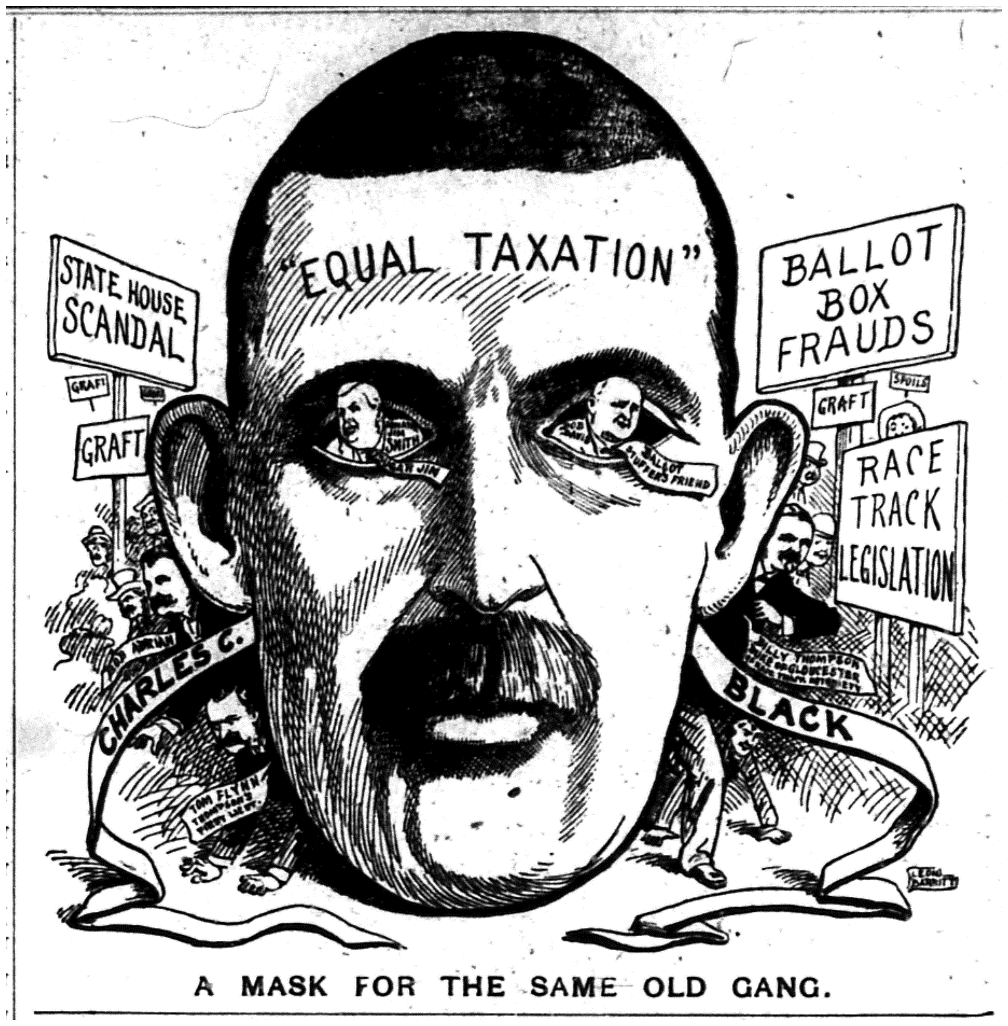 Cartoon from the November 3, 1904 edition of the Cape May Herald.

Above is a political cartoon dating from November 3, 1904. Depicted is Charles C. Black, who was the Democratic nominee for the Governor of New Jersey in the 1904 election. The cartoon depicts Black as a mask for the Democrats, offering promises of “equal taxation,” but behind the guise we see faults within the party. A few listed in the cartoon are ballot box frauds, race track legislation, and state house scandal. Charles C. Black lost against his Republican opponent, Edward C. Stokes, by approximately 50,000 votes. 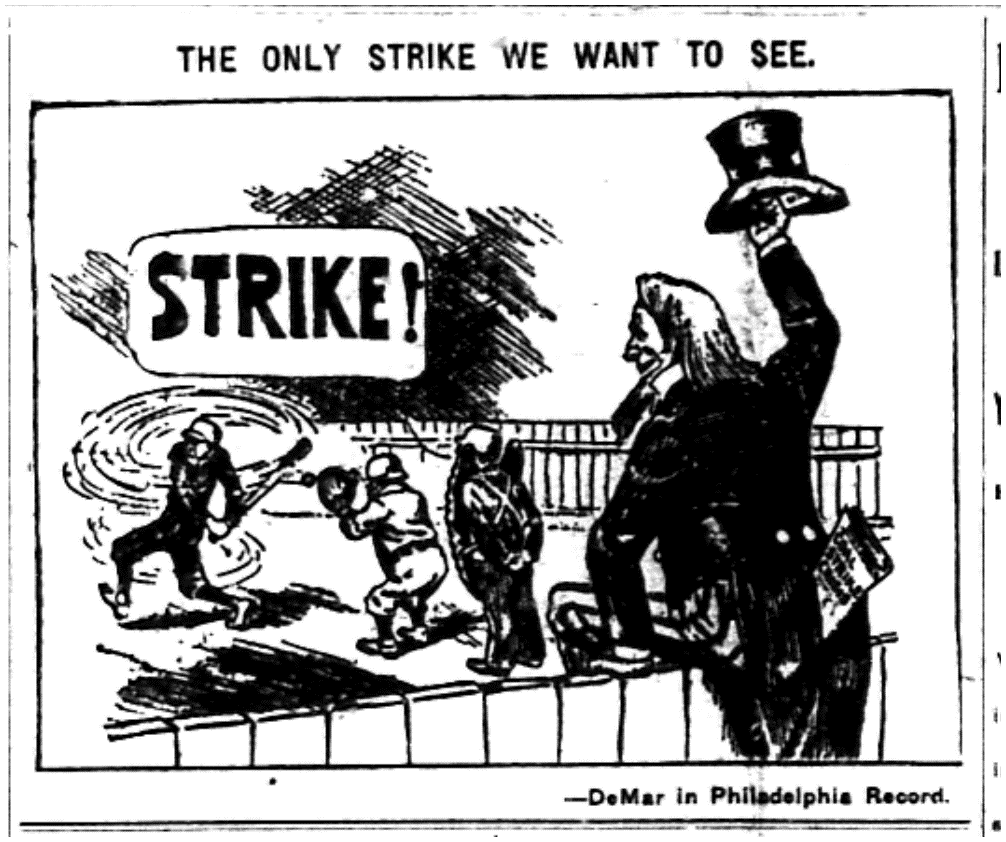 Baseball was a popular pastime in the beginning of the twentieth century. The World Series was founded in 1903 as part of an agreement between the National League and American League, two separate baseball organizations. The creation of the baseball championship, pitting these two organizations against the other, benefitted in popularity with fans. Also prominent in this period were strikes by unions. Within the political cartoon above, we see Uncle Sam watching a baseball player strike out. According to Uncle Sam, epitomized by the Thomas Nast, the only strike he wants to see are baseball strikes, not union strikes by workers seeking more rights from their employers.

Article on Charles C. Black in the New York Times

Baseball History in the 1900s: Birth of the Modern Age