Welcoming young minds to the world of Robotics!

The Technology Learning Center recently held their FIRST ever LEGO Robotics class, and it was a major hit!

The participants, who ranged in age from 10-14, worked in pairs to create their LEGO Mindstorm Robots. During the class, they learned how to construct the robots, program the robots using special computer software, and complete simple tasks and challenges with their robots.

In order to do this correctly, the kids had to follow precise directions to build their robots, and had to do several different calculations and measurements to assure that they were programming them correctly.

The final task for each group was to have their robot complete a maze. Using the skills they learned throughout the class, their job was to measure the maze, and program the robots to move according to their findings.

Though only one group was able to complete the maze, each one made progress in some way. This was not an easy task, but all of the groups demonstrated high levels of knowledge and maturity! Most importantly, they all did their best and had fun doing it!

This was a blast for both us and the kids, and we hope to be able to offer more LEGO Robotics programs in the future! 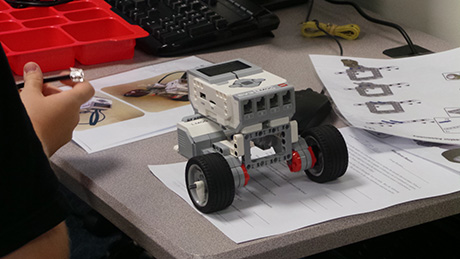 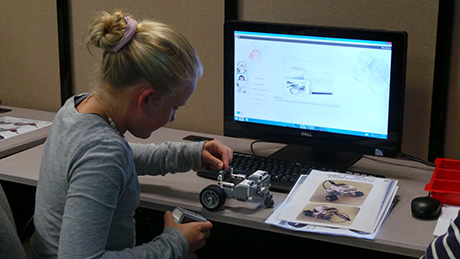 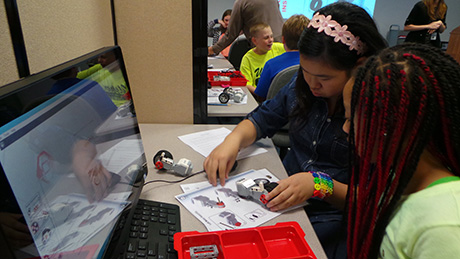 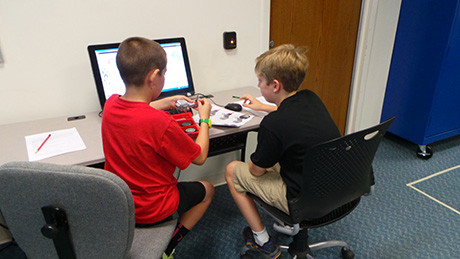 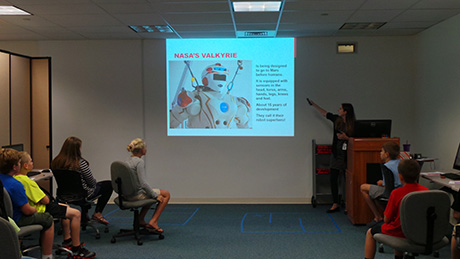 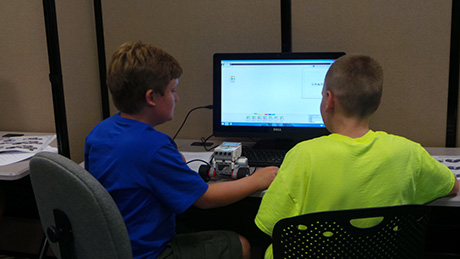 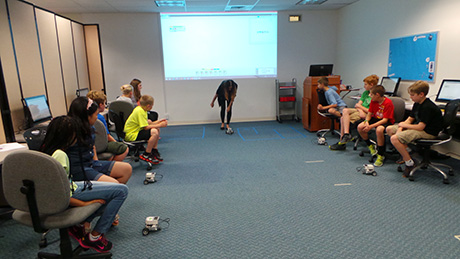 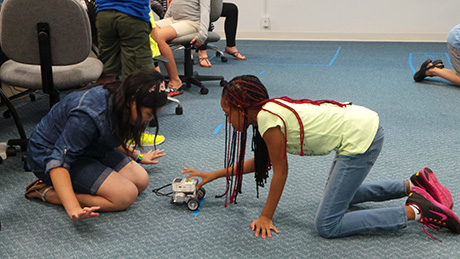 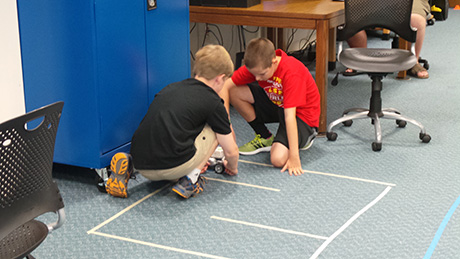 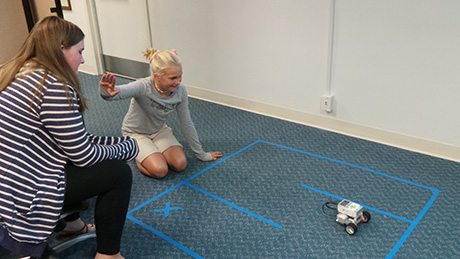